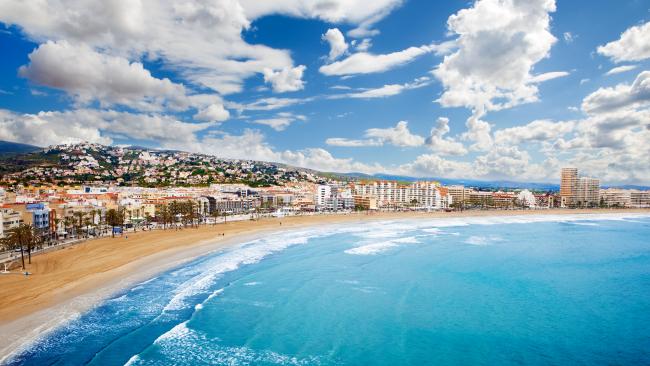 Spain Holidays at a Glance: Sun-Soaked Paradise at Your Fingertips

Spain is one of the true jewels of Europe frequented by millions of travellers each and every year, this country should be visited at least once in everyone's lifetime. It is also one of the largest countries within the continent and there is indeed something here for everyone. When we combine these traits with amenities such as an incredible climate, an agreeable exchange rate and a welcoming people, it only makes sense that we take a closer look of what is in store. Where are the best places to visit and what can you expect to enjoy during your stay?

Spain is laden with natural beauty and many of these regions are easily accessible if you plan your journey in advance. The northern portion of the country is known for its cooler climate during the summer months; particularly the areas just south of the Pyrenees mountain range. The centre is famous for its pilgrimage trail (Santiago de Compostela). While quite warm and dry in the summer, you will be able to obtain an up-close-and-personal view of Spanish culture. The southern Mediterranean coast is famous for its amazing beaches and the weather here is moderated by the sea; ideal if you are looking to avoid more sweltering temperatures. Fuengirola and the famous Costa del Sol region are found here. Finally, you could instead choose to visit the autonomous province of Catalonia in order to better appreciate the unique Catalan culture and cuisine.

Madrid is the capital of Spain as well as its most populous city. Known for its ornate architecture as well as for a host of open-air spaces such as Plaza Mayor (Main Plaza), this city will leave you coming back for more. On the contrary, Barcelona is found along the Mediterranean coast and has always been associated with an artistic sense of independence. Some major attractions here include the shopping district of Las Ramblas, the Sagrada Familia cathedral, the mountain of Tibidabo and of course, beaches such as those found along Porto Olympico. You could also choose to visit Sevilla in order to appreciate the stunning whitewashed buildings or take a trip to Malaga in order to experience a taste of home thanks to the numerous English-speaking bars and pubs.

Many of the best beaches of Spain are found along two major strips. Those to the north are found within the region of Costa Brava. These are popular with surfers due to the larger waves and clean waters. The majority of southern beaches are located along the Costa del Sol coastline. Fuengirola, Benalmadena and Malaga are three key examples. This now brings us to our next main point.

The Islands of Spain

Let's never forget that the attractions of Spain are limited to its mainland. The islands of Majorca and Mallorca are found within the Mediterranea Sea and they can be easily reached via ferry from Barcelona. The Canary Islands are found just to the west and south of Gibraltar. This archipelago is famed for its nature preserves and artistic communities. They could be just what you have been looking for in terms of peace and tranquillity. The weather in either of these locations is amazing throughout the year.

It is always a good idea to take a walk off of the beaten track in order to appreciate some of the lesser-known attractions that Spain has to offer. For example, why not visit the ancient city of Tarragona in order to explore amazingly well-preserved Roman ruins? The same holds true for the northern Catalan city of Empurias. The mountain range of Montserrat can trace its history back to ancient times and the monasteries to be found here have been active for over 1,000 years. These are only a handful of example of what you can enjoy when visiting Spain, so be sure to perform a good deal of research in advance.

Whether you are hoping to sit back and relax in the sun, to experience bustling shopping districts or to absorb a bit of Iberian culture, there is no doubt that Spain has what you are looking for. Feel free to refer back to this article as a future reference.