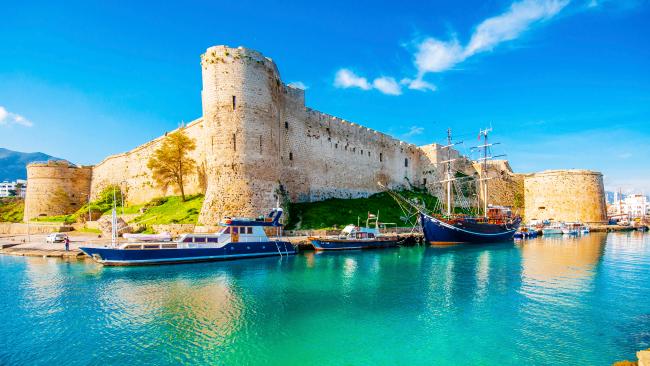 The Mediterranean island of Cyprus is at the crossroads of three continents. There’s always something new and exciting to discover on the island. Whether you want to visit the preserved site of a prehistoric settlement or simply wish to enjoy the exciting nightlife, you will find plenty to do in Cyprus. There are attractions for every type of tourist. To get you started, here is a guide to some of the must-see places in this part of the Mediterranean.

Tomb of the Kings

Despite its name, there are no actual “kings” buried here. The site serves as the final resting place of approximately 100 Ptolemaic aristocrats who died in Paphos around 2300 years ago. The site received its name because of its impressive tombs. One of the catacombs was turned into a chapel by early Christians. In the Middle Ages, the tombs were used as makeshift workplaces and dwellings. If you want to visit the tombs, be sure to check out #3, #4, an #8, as they have been dubbed the most impressive and elaborate. If you want to visit the actual burial tombs, you will find that the bodies were buried with grave goods including cosmetic items and jewellery.

This castle is a fine example of Medieval military architecture. It was originally built in the 13th century and remodeled in the 15th century. It was the first Grand Commandery of the Knights Templar.Kolossi Castle is located just outside the city of Limassol in Cyprus. You can walk around and explore the area. Just be careful, as some of the stairways do not have handrails.

Located in the Nicosia Area, the Museum traces the history of Cyprus from prehistoric times to the Middle Ages. It features artefacts found dhuring archeological excavations on the island. You’ll definitely want to check out the gold jewellery collection.The Museum of Natural History is nearby. Try to hit both museums if you can. You will find more than 2,000 exhibits at the Natural History Museum. These exhibits represent the flora and fauna of Cyprus. There are stuffed birds, mammals, reptiles, as well as fossils, shells, and minerals.

The Green Line divides the southern part of Cyprus from northern Cyprus. The southern part of the island is known as “Greek Cyprus”, and the northern part “Turkish Cyprus”. A rounded wall that was built by the Venetians in the 16th century stands in the centre of the Green Line. You can walk down the line to see great historic sites on both sides of the island.You’ll pass Greek Cypriot army posts, which are still manned to this day. You will also see abandoned UN buildings and outposts. It’s also wonderful to see recent renovation projects, as some parts along both sides of the Green Line are finally being rebuilt.

Even though it’s located in the warm weather of the Mediterranean, Cyprus is still a popular winter skiing destination. Between January and March, many tourists flock to the island to ski on the snow-capped Troodos Mountains. The skiing views from Mount Olympus are among the most spectacular in the world. There are several ski runs and cross-county trails, which are suitable for skiers of all types: beginners, intermediates, and advanced. You will find plenty of cafes, restaurants, and equipment hire shops along the ski trails.

The great thing about skiing in Cyprus is that you can take the bus down to the beach in the evenings! Ski on a snow-capped mountain in the afternoon, then go relax on a hot beach later in the evening.

Petra tou Romiou, aka Aphrodite’s Rock, is just off the shore along the road from Paphos to Limassol. Since ancient times it has been regarded as the birthplace of the goddess Aphrodite. Just as you would imagine, it’s a very beautiful and exotic rock. Take the steps down through the tunnel under the road so that you can emerge onto the beach, right in front of the rock. It’s a breathtaking view that you will want to see at least once. Also, according to legend, if you swim around the rock, you will be very blessed for the rest of your life.

If you’re looking for fun and adventure, check out the waterpark Ayia Napa. The resort is located at eastern end of the southern coast of the island. In recent years, it has become a “party destination”. There are also family-themed attractions at Ayia Napa. If you want to shop, you will find plenty of boutiques. Locals claim that there is a sea monster just off the beach. It’s been described as a cross between a dragon and a porpoise, although some believe it could be a descendant from a prehistoric creature.