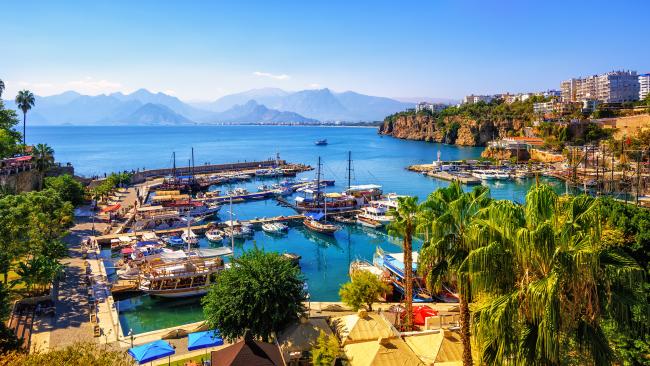 West meets the East in the country of Turkey. It’s a multi-faceted construct with its contrasts and uniqueness. Whether you’re visiting for holiday or business, you will find a variety of interesting activities and sites throughout the country.If you enjoy the city life, head to Istanbul. If you want to see ancient sites, explore Byzantine wonders. Check out old Turkish baths.Here is a guide to things you will want to experience during your holiday in Turkey.

These amazing pools were built during the time of the ancient Roman Empire. It was believed that the warm waters provided cures for illnesses. The structures of the pool collapsed during an earthquake in 60AD. However, the fallen columns didn’t ruin the pool – they only enhanced the beauty of the site. The temperature of the pool generally stays in the 36 – 57 C range.

Don’t be put off by the pushy traders at the bazaar. There are plenty of treats to be found – you just need to take the time to look for them. Many tourists find shop number 2 (the Erzincanlilar) to be the best. You will find some of the finest honeycomb in the world at the deli.Head to Yoruk if you want to buy a traditional Turkish carpet, and to Paka (number 87) if you want handbags and purses. Plan to spend at least 3 hours at the Grand Bazaar if you want to find some great deals.

Located in Istanbul, the history of this sacred site goes back nearly 2,000 years. It was originally built as a Byzantine church. During the Crusades it was turned into an Ottoman mosque, and now it’s a Turkish museum. The vaulted chambers and mosaic walls hint at Hagia Sophia’s former glory. It’s not in as good condition as neighbouring mosques, but its historical importance still makes it a must-see.

There are some amazing churches in Istanbul, some of which date back to early Christian days. The Church of St. Saviour in Chora, for instance, is notorious for its Byzantine splendour. Like some of the other early churches in the area, it was converted into a mosque in the 16th century. Today, art from both periods still remains at the site.St. Anthony is largest cathedral in Istanbul. If you plan to visit the Beyoglu District, you’ll definitely want to take a look. The original cathedral was built in 1725, but was demolished and reconstructed at the same location. The Venetian Neo-Gothic design adds a classy touch to the cathedral.

Cappadocia in Turkey must be experienced at least once a lifetime. Its amazing rock formations, landscapes, rock-cut churches, and famous underground cities makes it a unique place to visit. It’s located just an hour away from Istanbul by plane.If nothing else, you will want to check out an underground city. Ancient cultures carved homes and churches out of the rock. Today, many of the rock-cut storerooms are still used to store food for winter.

For centuries it was believed that the city of Troy was just something out of a legend. It wasn’t until 1871 when archaeologist Heinrich Schliemann and British expiate Frank Calvert actually discovered evidence that Troy was a real place. His findings found that there really was a battle between the ancient Greeks and Trojans around 13th century BC.While the real Trojan Horse isn’t there, you will still find a replica. It’s nice just walking around the ruins and checking out the ancient walls. If you want a night of relaxation, head to the mountains east of the ancient city. Mount Ida is a great place to spend a night or two during your holiday.

If you’re into clubbing, head to Bodrum. This seaside resort is popular with snorkelers, swimmers, divers, surfers, and anybody who loves spending time on the beach.Another reason why you might want to visit Bodrum is for the traditional Turkish bath. The Hamam is located opposite the bus station. No Turkey holiday would be complete without having at least one Turkish bath. You can store your clothes and accessories in a private locker. Wrap yourself up in a large traditional towel, the “pestamal”, and then walk into the hot bathing room.These are just a few examples of the many wonders of Turkey. You could spend weeks in this amazing country and still not see everything!